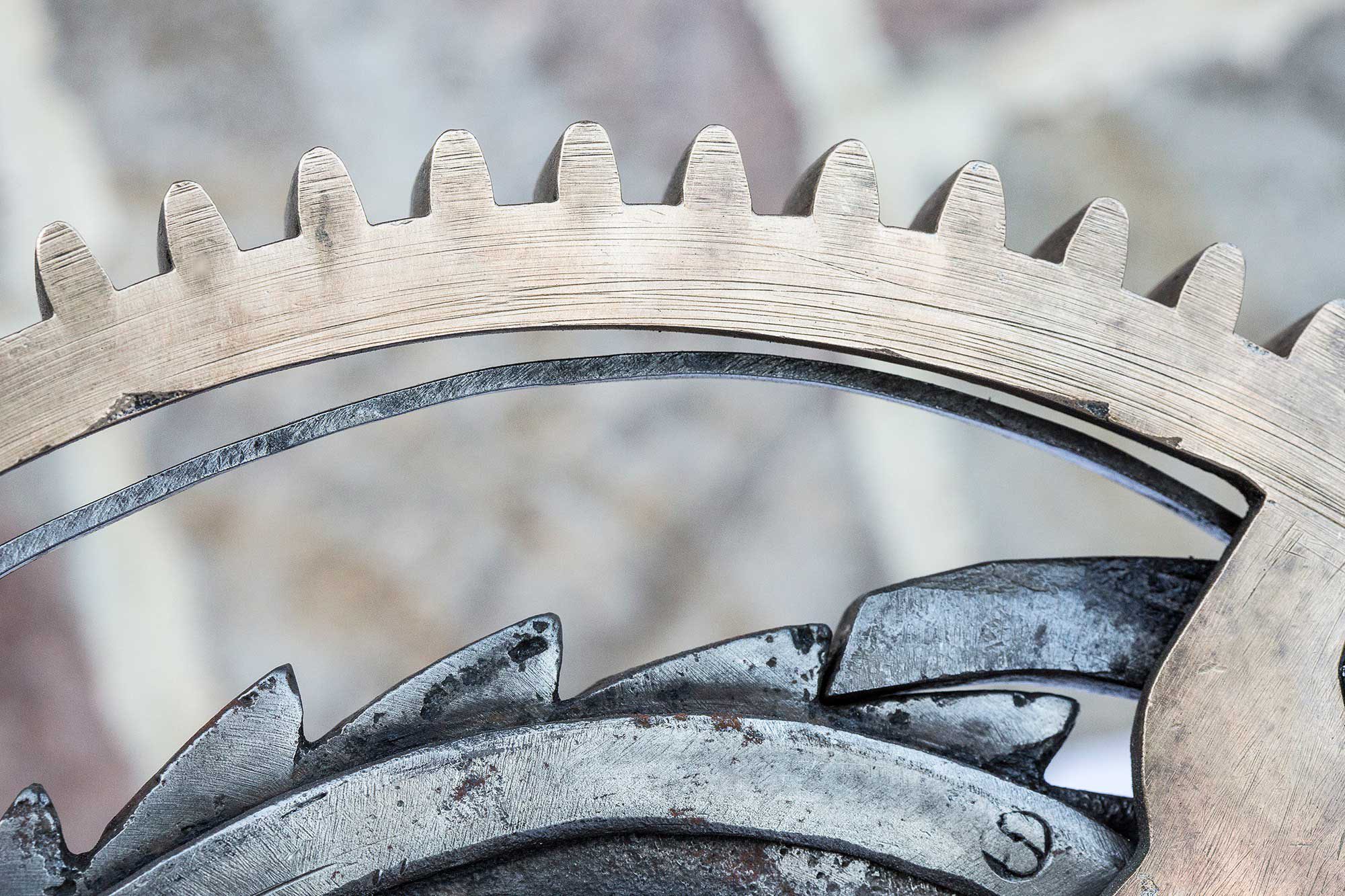 Objective of the Electronics in the Artadi’s clock.

During the non-invasive restoration of this Artadi’s clock, we focused on two aspects: lifting of the weights, and control of the pendulum.

Lifting of the weights.

This clock was installed in a tower. The distance from the clock to the lower part of the hole was 17 meters. Therefore, the clock needed to be wound every five days . Currently, due to the lower height, it needs to be wound every 6 hours, reason why it was necessary to evaluate rising the weights electrically. The weight on the left side of the clock is the movement weight, which is the weight that produces the energy necessary for the clock to move. This weight is rised every 2 hours, at the odd hours minus 10 minutes.

It operates as follows: Stop the pendulum with the electromagnet, located right below the pendulum. When it is stopped, lift the weight until the end of stroke, located in the upper part. 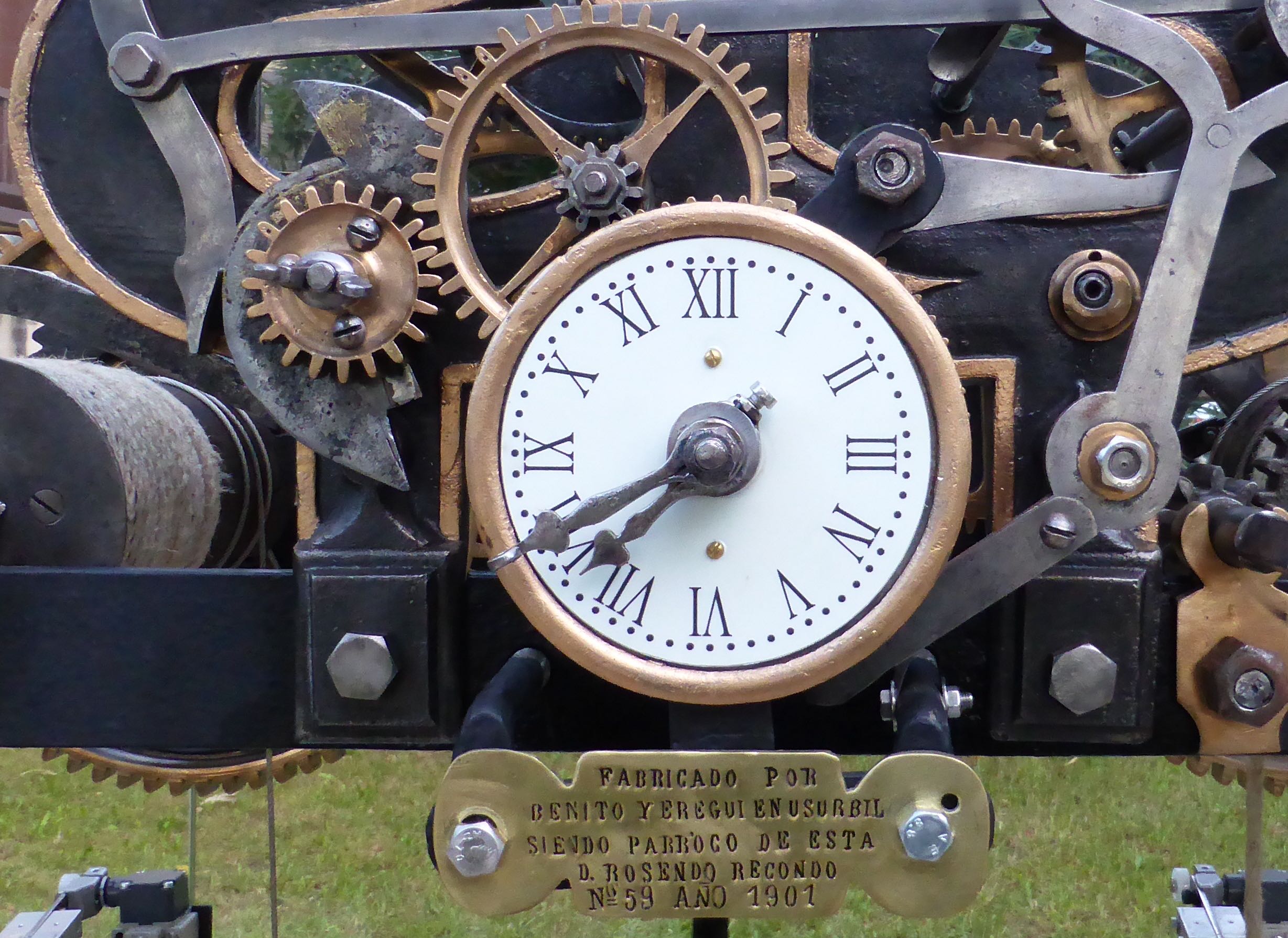 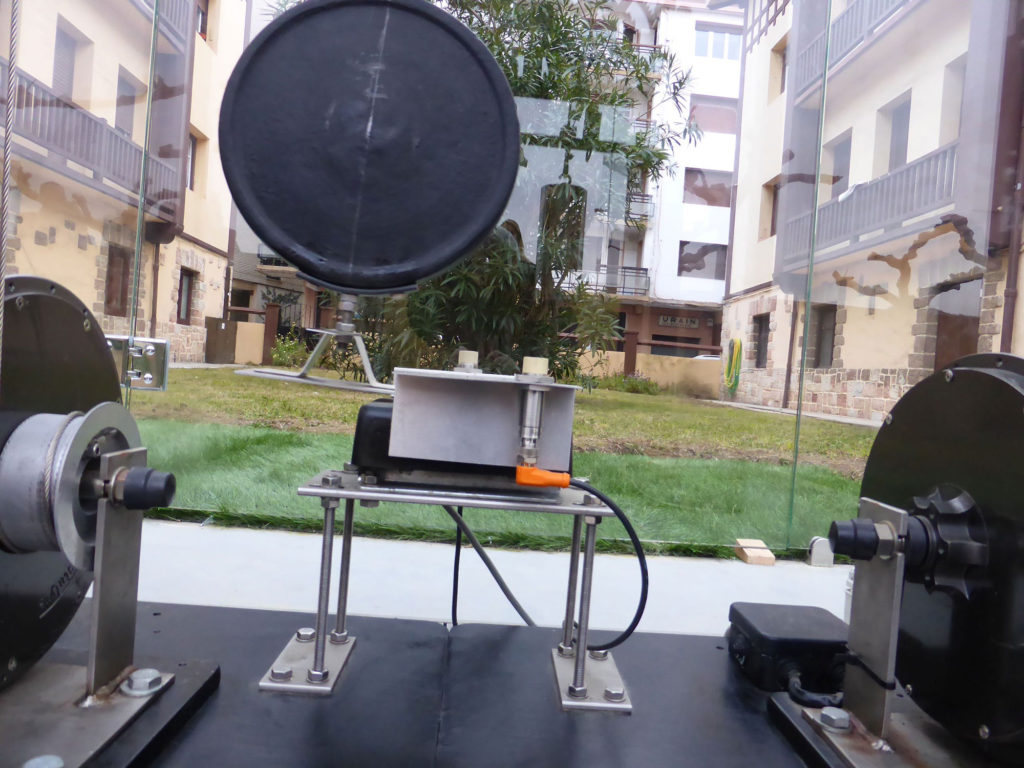 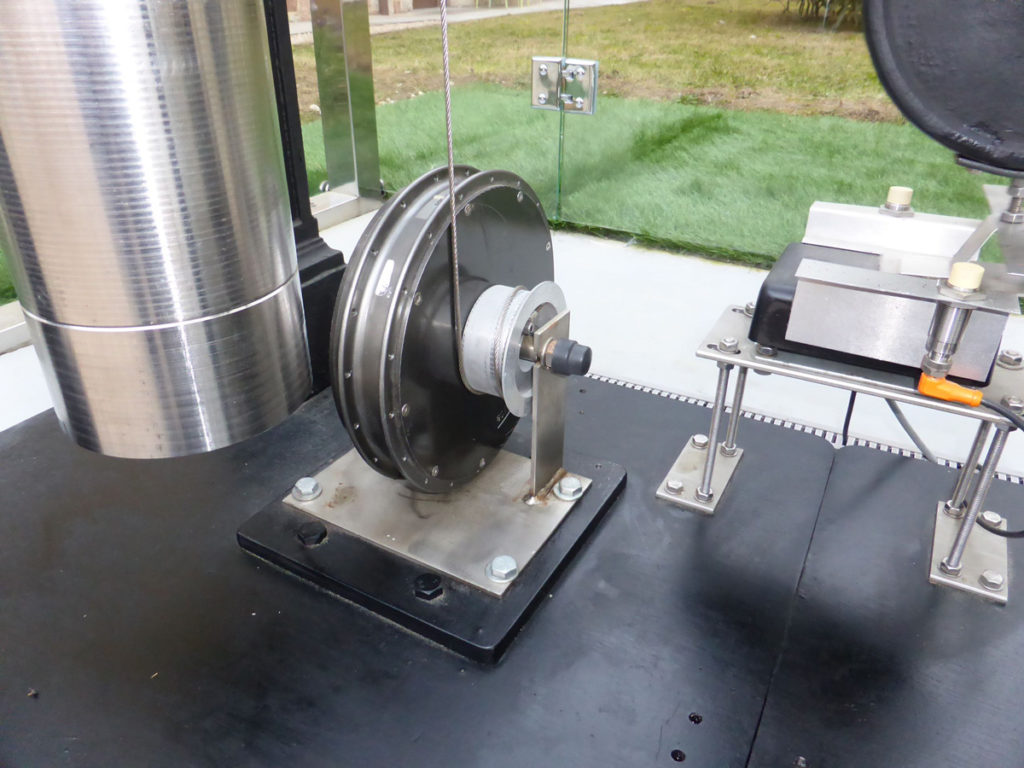 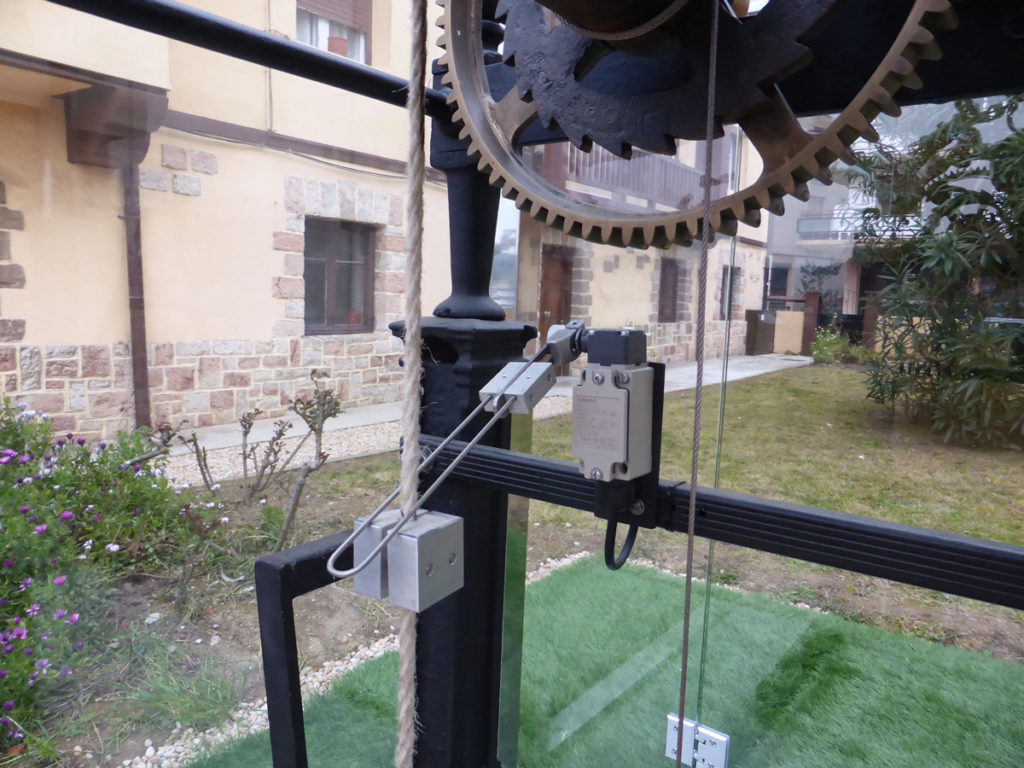 Pendulum controls and setting the clock

The system has a radio controlled watch, which gets automatically set every day between 3AM and 5AM.

The weight on the right side is the Chiming weight, which is the one that transmits the energy to activate the hammer that acts on the bell. The rising of this weight occurs at the even hours and twenty minutes. 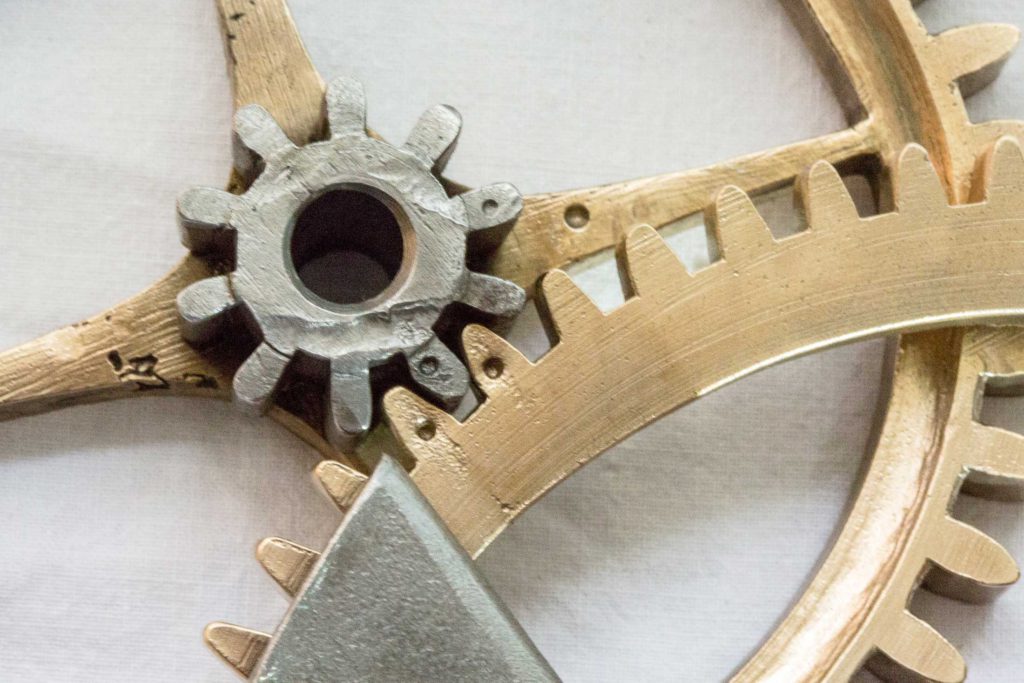 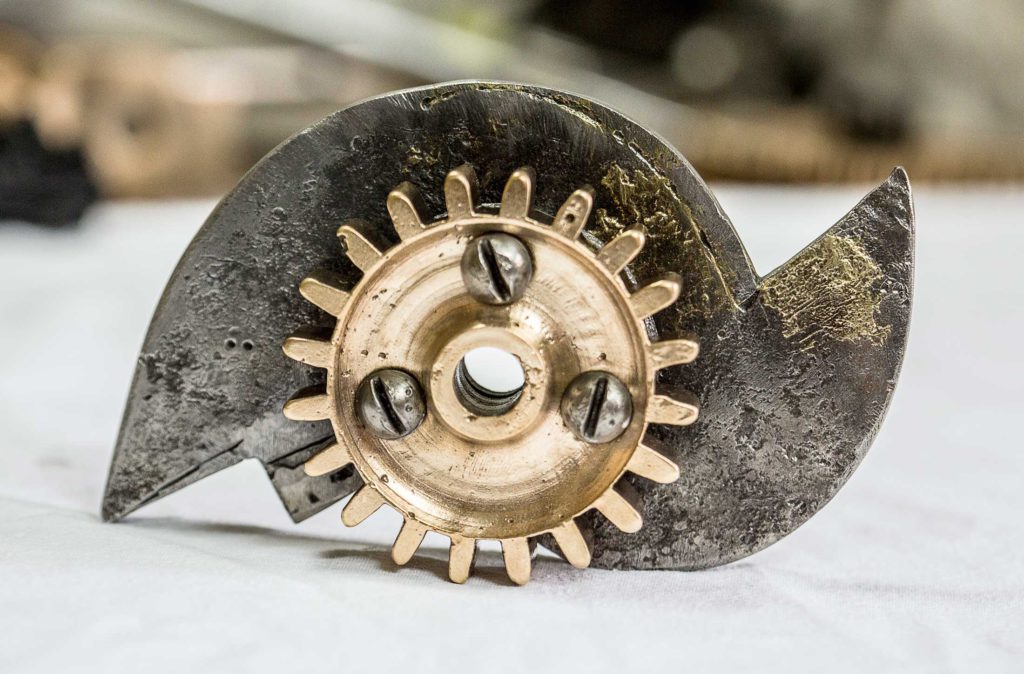 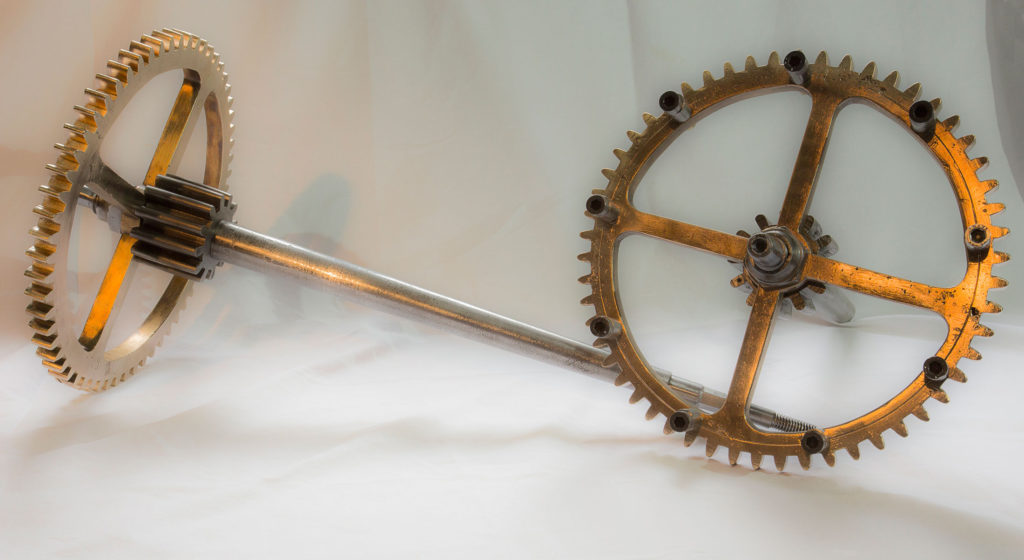 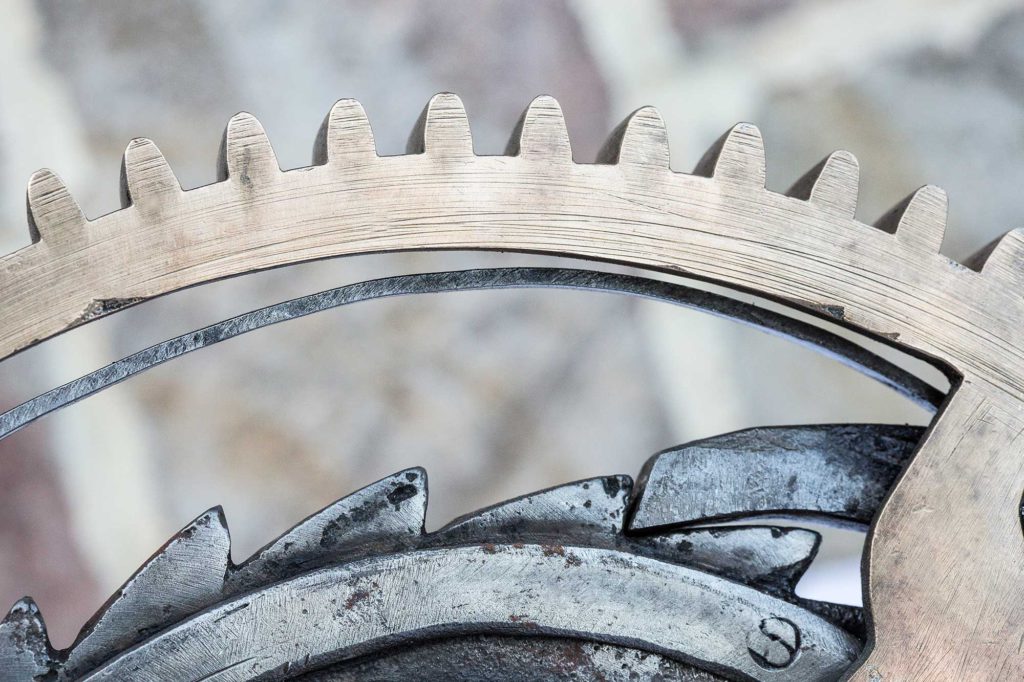 Mechanical hour of the clock and its connection to the system

An electrical detector that counts the number of bell strikes the clock strikes have been installed in the chiming mechanism. This allows to know at which time the clock is set mechanically. The signs that go from 2 o’clock to 12 o’clock, with its repetitions, are the ones used by the system to contol the clock.

When the hours strike, we could observe a vane rotates in the back part of the clock. That vane is called VENTEROL and it sequences the bell rings, that is to say, the time in between strikes. Without this component bell rings would be so fast that it would be hard to notice the number of rings.

This clock repeats the hour chimes with a lag of one minute and fourth and at halfs it sounds one chime.

We could say that the clock operation is completely mechanical and that it has electronic monitoring. If we were to disconnect the electronics, the clock would remain the same as the original when built in 1901. 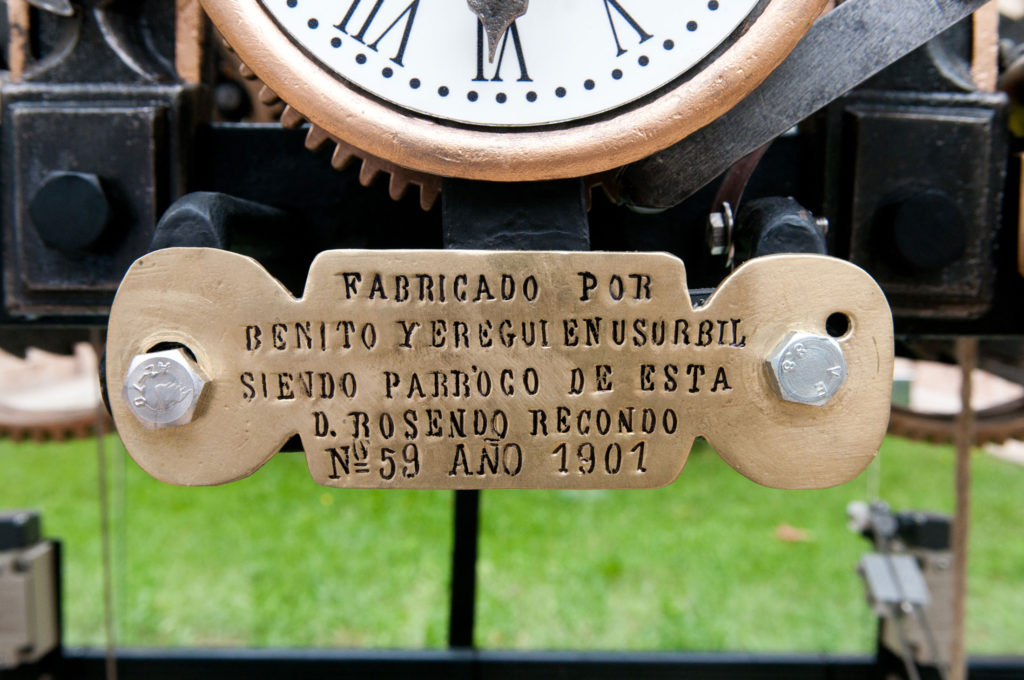 Detail of the identification sign of San Miguel of Artadi Clock 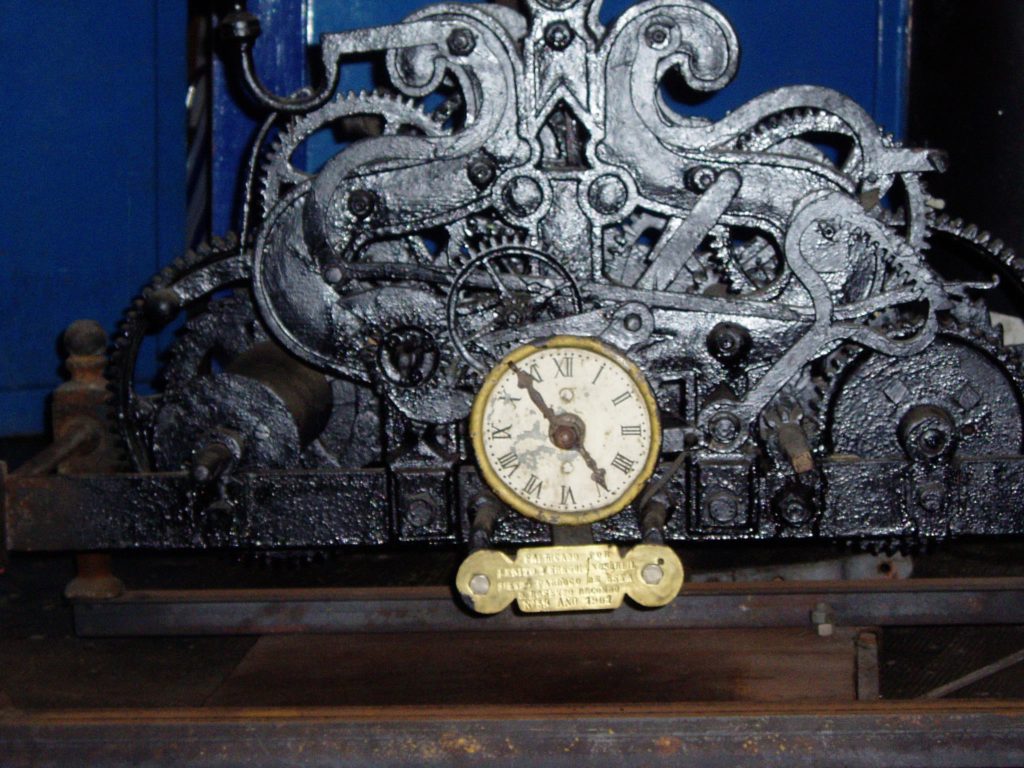 Picture of the original clock 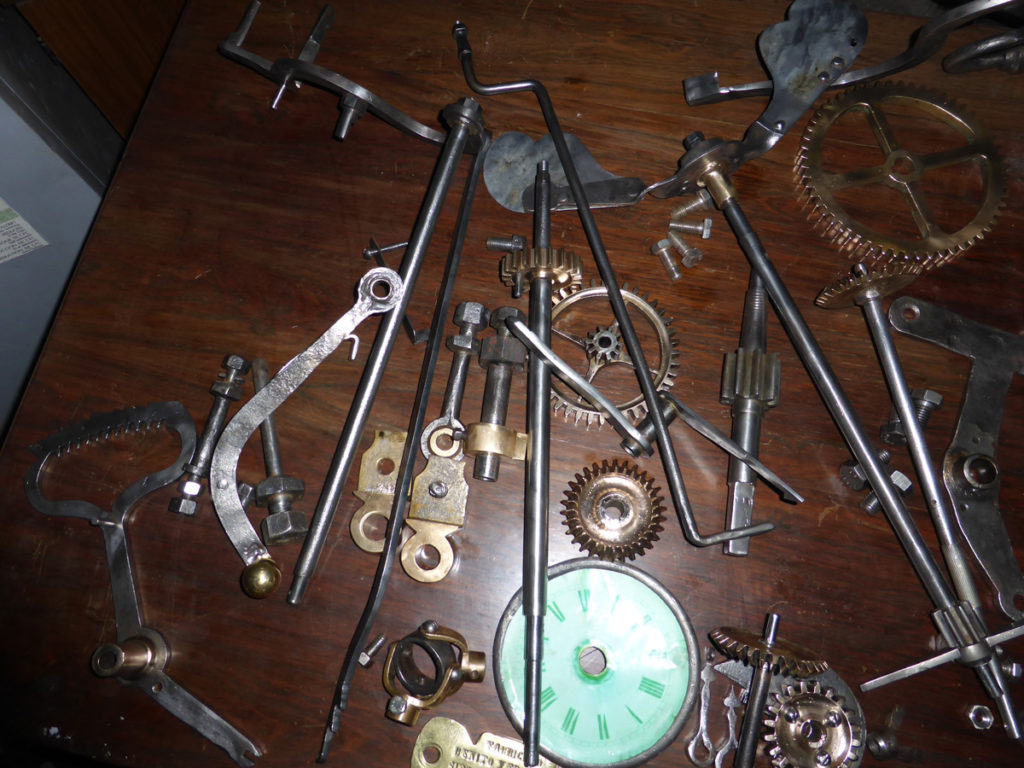 Clock’s components at the dismantling process

Artadi Clock can be visited at the Lighthouse Promenade, Zumaia